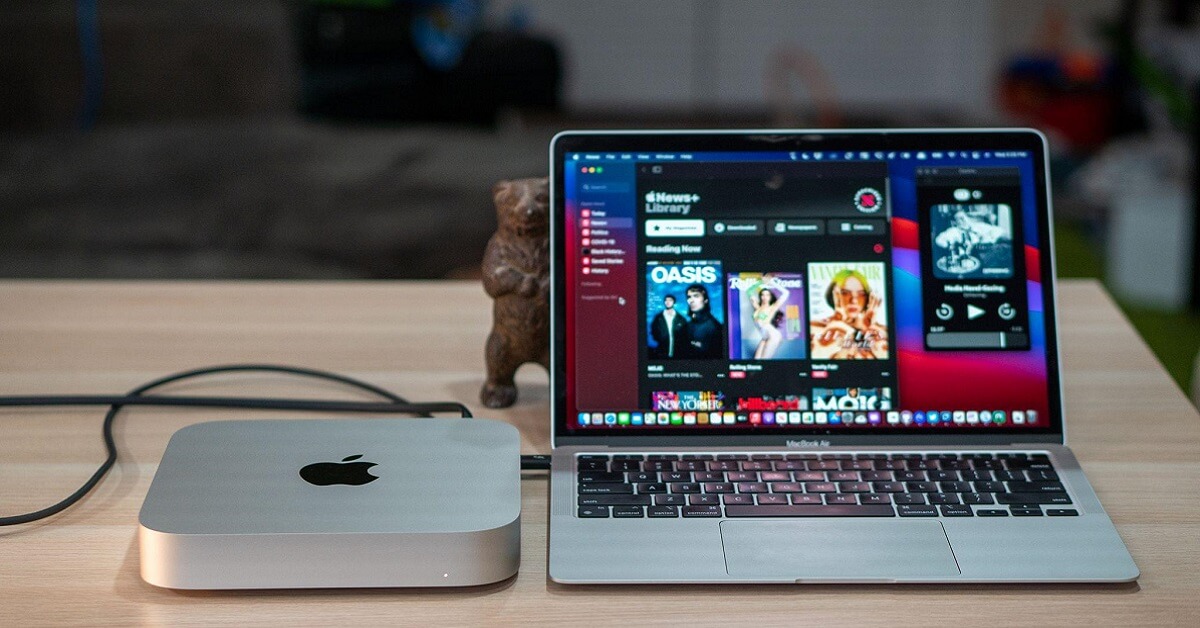 It is a Friday night, you are in your bed with your Macbook Air on your lap, playing a movie, and all of a sudden, there happens to be noise as loud as the blown-up plane turbine.

However, there can be multiple reasons for your Macbook Air’s fan acting raucous, and they are normal. You are not alone, there are countless people who face this frightening incident on a regular basis as to why is my Macbook Air fan so loud.

And like everything else, this issue has the solutions that we will, alongside the potential reasons causing your Macbook Air’s fan to produce loud noises, be learning in this guide.

We will first be looking at the causes that are forcing your Macbook Air to act strident, and from then onwards, the ways you could counter them.

So, without further ado, let’s get ourselves enlightened with everything there is that ensures you never come across such a disturbing moment while you make the most of your holiday again.

Why is my Macbook Air fan so loud?

Needless to say, you must know the problem before you pile up possible solutions to counter them. And such is what we will do as we list the possibilities that might be having your Macbook Air on the verge of collapsing. However, these six reasons aren’t all there could be, causing your mac to produce loud noises.

We are listing them per our knowledge, if things go south, you may want to contact Apple’s support as they would either claim your mac’s warranty or repair it. Anyways, here is what might be causing your mac to split your ears.

At times, you knowingly or unknowingly block the fan, which ultimately causes the fan’s air to flow within the mac, resulting in total devastation. This could happen when you are using your mac while it is placed on your lap, on a pillow, or on your bed’s surface.

Such choking sends negative signals to the cooling mechanisms in your mac, intensifying the speed of its fan, and eventually the noise. We are getting to the solution, but you shouldn’t ever use your mac like this. Doing so will result in slashing its lifespan and would ask you to again spend a whopping amount of dollars to procure a new Macbook.

The solution is simple, you should place your mac on a flat solid surface like table, desk, or something like that. This way, your mac will have more room to breathe, and ultimately would save itself from getting shut down or cooked.

Or if by any means you can’t place your mac on a flat surface or can’t find anything like that, you can opt for the laptop stands, available in numerous varieties and features, helping your mac air to feel the fresh air, and you, with a better placement angle of working.

It is a universal truth that we tend to install and run programs or applications that are way out of our mac’s league.

And such could be the cause that is making your Macbook Air to act raucous because you are running a program that was never meant for the mac, which would ultimately produce more heat, enforcing the fans to speed up to tackle the immense heat dissipation.

Like a problem, like a solution. Just stop running the programs that your mac can’t support, for you’d not only be ruining your experience with the application, but the internals of your mac, and it hurts more than the mac producing weird and loud sound.

Not only your Macbook Air, but every smart device that has storage would also struggle with breathing if it’s filled to the neck. You need to look for the applications, documents, programs, movies, or things that have been in your mac for an extended period of time, and occupy the space that could come genuinely handy with boosting the speed of the mac.

There could also be some games that you installed in your free time to kill your free time, and then when you got busy, you never had a thought about them, thus letting them overtake the storage on your Macbook Air.

The best solution is to delete them and install or keep only the data that is crucial to your personal or professional life. After you’ve deleted them, you’d right away feel the difference in your mac’s speed, which would surely cheer you up to your bed, wait up! you’re again working on the bed! Go to the desk.

In short, the RAM. No matter how much memory your Mac carries, it’ll sometime, someday, fill up, and cause your laptop to lose its speed, though for a shorter period of time—only if occupied memory is the case.

Take Google Chrome, for instance, the more tabs you’d open, the more memory it’d consume, and there will be a time when it would have consumed all the RAM, tiring your Macbook Air out of coping with the process.

The solution to this problem lies in ‘Activity Monitor’. It is where you can see the entire list of processes being processed in the background along with the memory they are consuming.

However, they’ll be listed in the most-usage form, i.eThe process consuming more memory would top the list, and so the process would go on. That said, you could access the ‘Activity Monitor’ from the utilities.

And as you see the most-consuming process at the top, you’d only have to select it and click on the ‘X’ button at the top left corner. This way, it’d end the process, and would save your mac the memory it needed to lower down the fan speed, and ultimately the noise.

If you have ensured that none of the above-mentioned causes are the case, then there are chances that your Macbook air fans are out of order. They aren’t working as optimally as they should be, or they are not working at all.

Whether they are working non optimally, or not working at all. There is only one way to find it out, testing your fans. You don’t have to take your Macbook out to the Apple store or to a repair store, you just need to switch to your Macbook’s very own Apple Diagnostics or, in some cases, Apple Hardware Test.

There is nothing complex you’d have to do after opening the program, just keep following the prompts, and you would then see a loading screen, which actually will be the progress of your test. This test would inspect all the hardware in your Macbook, and diagnose them for any faults. At the end, it’ll tell you what parts are damaged and what are corrupt.

Knowing those issues, you could act accordingly, and have your Macbook Air repaired or replaced to counter those noise issues.

This should be the last of all things you do to counter the loud noises produced by your Macbook Air’s fan. For those who don’t know, SMC is an acronym for System Management Controller, responsible for supervising motherboards, fans, and processors in the MacBook. When you are done applying every single solution on this guide including the testing, it’s high time you reset your SMC settings.

Resetting SMC settings has different methods. It actually depends upon the Macbook model you are using such as the Macbook having non-removable batteries, or the newer models, equipped with the T2 Security Chip by Apple.

Either way, here are the instructions you should be following to reset your SMC settings.

For the Macbooks Prior to 2018

For the Macbooks Later 2018

With these six ways you could counter the question ‘why is my MacBook air fan so loud?’ and fix the issue. However, if all of them don’t emerge triumphed, you should clean your Macbook’s fan manually or have them cleaned by someone professional. Or at the very best, you could reach out to Apple’s official support, and get your Mac replaced or repaired.