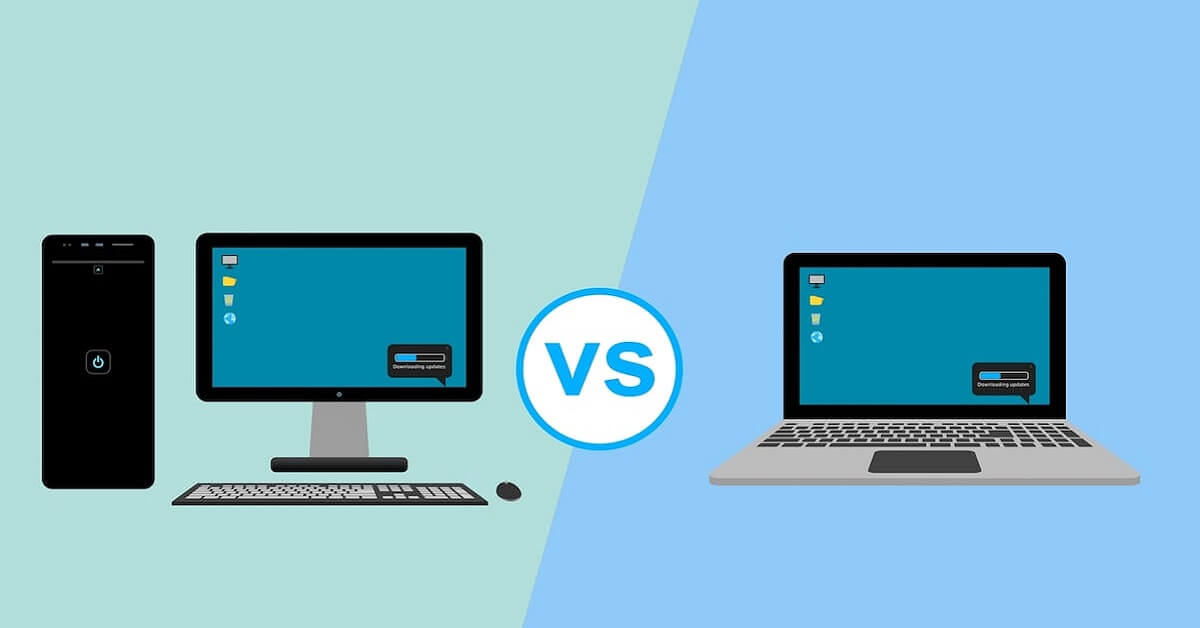 There are a few fundamentals to grasp in order to figure out why laptops cost more than desktops and our aim is to serve that objective.

Despite the fact that both kinds of computers are powered by semiconductors, the similarities between them tend to fade as you learn more about their inner workings.

Why are laptops more expensive than desktops? Laptops are more costly than desktops because of the research and development expenses involved in creating technology that is both small and performs to expectations.

The performance is not the only big challenge.  It is also about keeping the system cool so that performance stability is maintained under different usage conditions.

The Components make the difference!

The following is a simple breakdown of the many factors that influence the final cost, along with an explanation of why they are thus:

It is necessary to reduce the size of laptops by using smaller motherboards that can fit more components on them, as opposed to larger ones. More design difficulties must be addressed on a smaller motherboard. As an example, consider the following situations:

Mobile processors are the CPUs found in laptop computers. When it comes to power usage, they function in a somewhat different manner. That’s where the additional money would come from. In order to use as little electricity as possible and yet achieve acceptable levels of performance, special consideration must be given.

The inclusion of power management functions is critical, and doing so increases the overall development cost.

CPU sockets on laptop motherboards are becoming rarer. CPUs are often soldered directly to the motherboard using a BGA socket in order to save space (Ball Grid Array).

On the motherboard and CPU, tiny balls of solder are used to link solder pads by heating and melting them together.

Processing units must be developed to endure certain temperatures in order for the joining process to succeed.

An integrated graphics processor is one method of implementing a laptop’s graphical capabilities.

In order to combine and cool the additional semiconductor package on a compact motherboard with a specialized graphics processor, additional development is required.

As a result, the price of a laptop with specialized graphics will be higher.

Random Access Memory (RAM) is an exception because of its high cost. Unlike desktop computers, laptops usually utilize SODIMM RAM instead of the DIMM memory commonly found in those devices.

It doesn’t appear as if the lower capacity of SODIMM modules has an impact on their cost. This is most likely because of the high global demand for memory. Mobile phones and cloud storage are only two examples.

The cooling system of a laptop should be created in such a manner that it is both small and efficient. This is a difficult problem to solve, but it’s critical for overall system stability.

Compact heat sink and fan assemblies have additional costs since they must be designed to be efficient and have an inner wick and some fluid within. They also include heat pipes that are partially vacuum sealed.

The heat sink and the materials become more complicated as a result, and the manufacturing cost increases.

M.2 SSDs are becoming the standard main storage device in modern laptops. It’s encouraging to see that SSDs don’t have the drawbacks of mechanical drives and that they function as well as they do.

If you’re curious, we go into further detail regarding whether or not SSDs are worth the money. However, SSDs are expensive as compared to conventional hard drives.

A UPS, or uninterruptible power supply, is a device with a battery inside that connects to your computer’s power supply independently and keeps it going long enough to save all of your work and securely shut it down.

The battery in a laptop, on the other hand, is far more capable. If you have other peripherals connected to the laptop, you can use it for many hours without needing to charge it.

This is a cost-increasing feature for laptop manufacturers. This adds to the final cost even if it isn’t very expensive.

To a certain extent, a laptop’s battery must be protected from physical harm and kept as cold as possible.

As a result, the laptop’s design includes an additional component specifically for charging the battery. Additionally, while designing a battery for a product, think about how many amp-hours it should have so that the laptop can operate for as long as possible before running out of power.

The primary benefit of using a laptop over a desktop computer is portability. The laptop’s built-in battery and small weight make it easy to transport from one location to another. Many types are often used in public places such as parks, cafes, and cars.

There are no extra devices required to operate the laptop. Everything is built-in, including a keyboard, a mouse, speakers, a microphone, and a camera on many laptops.

The ability to access the internet through wireless technology Wi-Fi is the second reason for the rise in laptop demand.

Additionally, the laptop is ideal for use in presentations of various kinds. You don’t have to rely on the venue’s technology in this instance. As the laptop’s battery may be used to power it, there’s no need to use a power cord.

Most of the time, carrying a laptop entails having quick access to both personal and business information. Because of this, coworkers or pupils are more likely to collaborate effectively.

So there you have it, a breakdown of the various components in a laptop and the answer to why are laptops more expensive than desktops.

Think about all of the additional developments, research, and manufacturing expenses when it comes to providing all of that performance in a tiny box the next time you are browsing for laptops at your favorite shop. Keep that in mind.