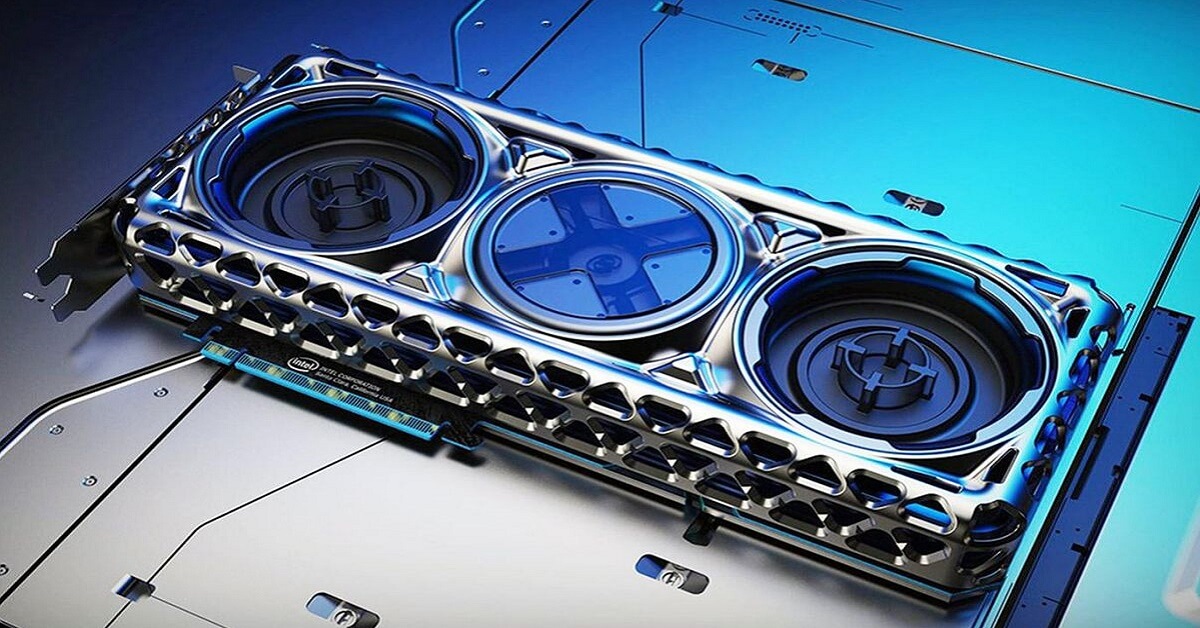 TechTuber Moore’s Law is Dead has recently leaked the images that show a new graphics card that is about to hit the market. Not only the pictures of Intel’s Xe-HPG DG2 but its specifications have also been leaked. Along with the first pictures of the engineering board, the specifications that got leaked are pretty much detailed and look legit.

As far as the architecture is concerned, the Xe – HPG DG2 has a new Gen-12 architecture. Being a new component, all the new shading techniques are being used in the GPU. Moreover, Intel’s new GPU will also support the ray tracing feature. Other features like DLSS will also be a part of this graphics card.

After closely observing the leaked pictures, we deduced that the GPU shown in the picture is not in its final form. You can see a PCB in green color and a shroud made up of cheap plastic attached to the card, these parts will of course get replaced in the final version. In the leaked pictures, it is easy to see that the card has 2 cooling fans and a huge aluminum heatsink fin along with an Intel logo attached to a small panel.

From a full fat chip to multiple cut down, the Xe – HPG DG2 SKU will be released with multiple configurations. For now, we only have one configuration for the Xe – HPG DG2 512 EU variant. The specs are; a full die with a total of 4096 cores, a 16 GB GDDR6 memory, and a bus interface of 256-bit. It certainly depends upon the results and the demand and if everything runs smoothly, Intel can work towards producing multiple variations of their flagship chip.

The Xe – HPG DG2 512 EU looks promising as it will be featuring clocks of approximately 2.2 GHz. As of right now, we don’t know if these clocks are the average ones or the maximum ones. The TDP target of Intel has also gone up. Initially, the target was around 225-250 watts, now it has gone up to 275 watts. Hence, it is safe to say that a 300-watt variant will have dual eight-pin connectors if Intel wants to push its clocks further.

Performance and Features of the Xe – HPG DG2 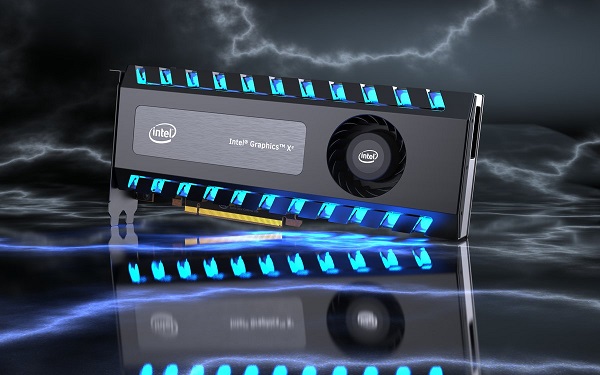 Based on an external foundry process node, the card will be introduced in both desktop and mobility designs. The design might be based on a TSMC or the typical 6nm node.

Talking about the performance of the card, the Xe – HPG DG2 is going to give good competition to its rival companies like NVIDIA GeForce RTX 3080 and the AMD Radeon RX 6800 XT. The scores from the 3DMark Time-Spy show that it depends upon the different samples. However, Intel’s Xe – HPG DG2 comes somewhere between RTX 2080 and RTX 3090.

The Moore’s Law is Dead has told that the card is not even close to being released right now as its availability is uncertain. The cards that fall in the category of being the mid-range ones will get a price tag of around 200 to 300 bucks. This price range serves to be the sweet spot for gamers. However, the high-end cards haven’t got a specific price tag yet, but we are expecting them to go over 500 bucks.