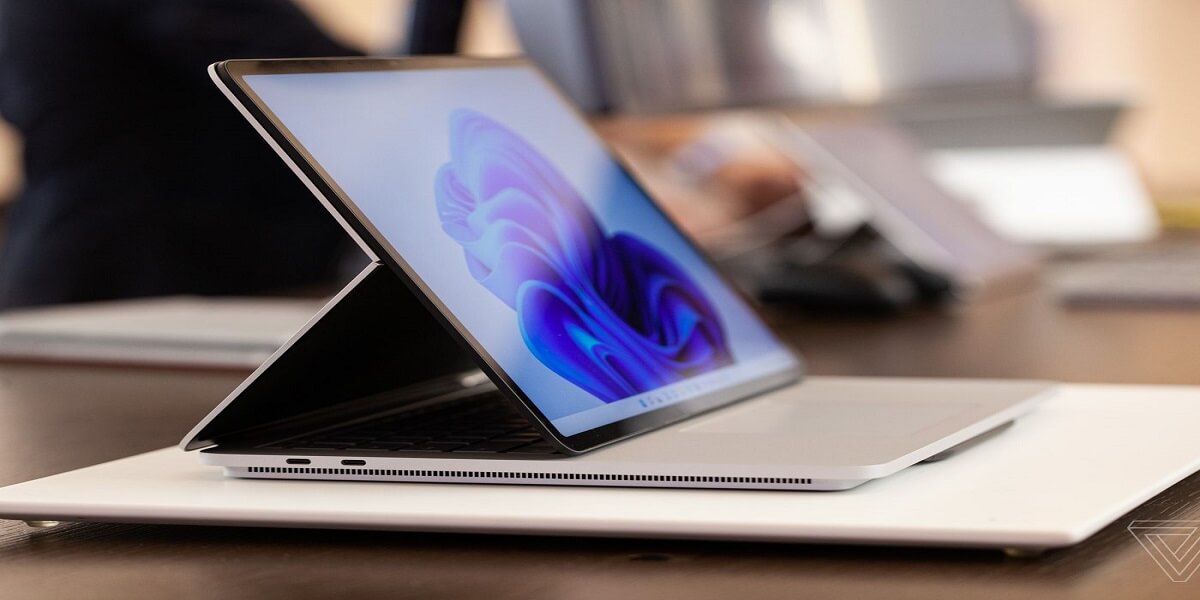 Microsoft Surface Laptop Studio is built to be compatible with  Windows 11 operating system. The design is modest, however, the manufacturers believe that it could give serious competition to the Mac.

On Tuesday 5 October, the tech giant launched Windows 11 which coincides with the latest surface laptops. An amazing time to launch an all-new operating system for PCs with an incredibly designed Surface laptop Studio range.

To renounce the conundrum of the buzz about Windows 11, Microsoft has thrilled everyone with a new wave of gadgets that both serve as a laptop and a tablet.

With these features, the surface laptops have become the superstar of the Microsoft flagship. The laptop can easily be transferred into a media playing device i.e. for Netflix or playing video games. While the artists can use a digital pen to enhance their creativity and create amazing art.

Apart from that, the surface laptop studio can be utilized in three different modes. Its 14.4 touch screen is woven dynamically with hinges that enable the laptop to turn into a tablet. Another way to use the laptop is as Laptop, obviously, and the third one is to use it as a keyboard.

If you have ever used a MacBook or you already are a MacBook fan, then you would be amazed to know that using Surface Laptop Studio will make you feel as if you are using Mac

Well, the story doesn’t end here. Rather, it’s just the beginning. Once you wish to bend the screen from the left corner, the bottom of the screen splits into half and shifts past to cover the keyboard where a magnetic field attaches right before the trackpad securing the keys.

Now you have your touch screen- a laptop with a tablet version for playing games, watching movies on the go, etc.

Moreover, it can easily be paired with Microsoft’s monthly subscription services specifically for streaming gaming video for Xbox Game Pass. Pair your Xbox controller and stream consoles fairly without a hassle.

Surface laptop studio is not only to use as a tablet or laptop, it is the start of the new era, where you can experience one of the fastest operating systems, Windows 11 that will open the doors in the future.

Windows 11 has a much clearer user interface and improved performance is something different from previously launched Windows versions.

Like MacBook, Windows 11 has installed a taskbar at the bottom of the screen, which can be used as a dock of favorite apps by the user. Also, the start menu stays there, enabling the user to land on the most recent applications and functions in just a click.

Snap Assist is the one attraction that differentiates Windows 11 from the other Windows versions. Through Snap Assist, a user can snap the most used apps and put them in different layouts to enhance productivity and efficiency.

To have it working, just go to an app and hover over to resize the corner of the window. Once you resize you’ll notice layouts appearing to fit in for a maximum of four apps on the screen. Go side-to-side and assemble your favorite apps. This works with default Microsoft’s Edge browser windows as well.

As you have snapped the apps on the screen, you don’t even feel like it’s cluttered. The built-in intelligence would automatically fit the snapped apps in place by resizing them if you have opened multiple windows. This will allow the user to remain productive and does not occupy too much space on the screen.

The arrival of Android apps is still expected with the updates which will be available soon. To sum up, discussing Windows 11, still has much-improved features and widgets making it more convenient for the users to customize the user content and positions as they want.

With all the discussion made above, are you excited to use Microsoft Surface Laptop Studio and feel the difference yourself?

Let’s just keep aside the versatility that always comes between comparing PCs and Macs. Surface Laptops are truly incredible and will surely give you a Mac experience.

A cherry on the top, you can use it not only in a laptop form, but by bending its sides, it will become a tablet, and can also be used as a keyboard. It is something new for Microsoft users.

To mention the challenge here is, how the developers of the Microsoft team would be able to add versatility and robustness to the new Windows 11 and the Surface Laptop Studio respectively. Let the time decide.