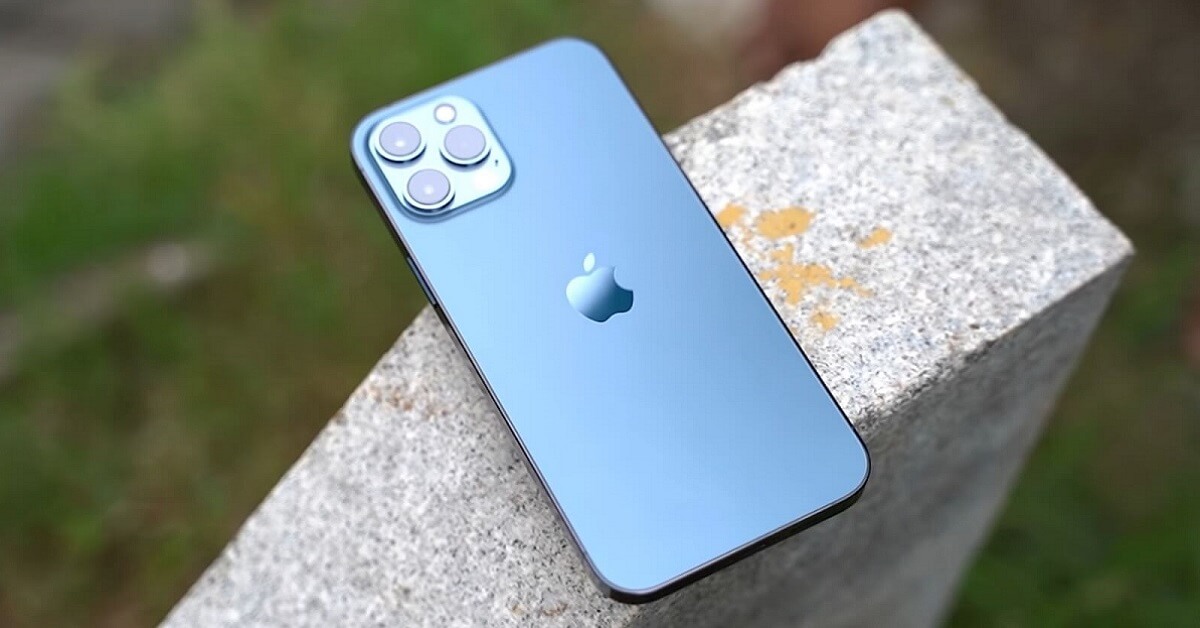 The new Apple iPhone 12 model line is a resounding triumph for the company. In January 2021, six of the top ten best-selling smartphones in the world were Apple devices, featuring the iPhone 12 Pro Max as the most popular in the United States. People certainly desire large-screen gadgets with competent cameras, as shown by the data. As a matter of fact, before the iPhone 13 makes its autumn debut, demand for the iPhone 12 series is anticipated to stay robust into the third quarter.

At this point, nothing seems to be in a position to dethrone the iPhone 12 Pro Max. Smartphone manufacturers saturated the market with enticing flagship models in early 2021. For example, there is the Samsung Galaxy S21 Ultra, as well as Oppo Find X3, OnePlus 9, and Xiaomi Mi 11.

What is it about the new iPhone 12 Pro Max that has many so excited? Is it the triple camera system, the quickness, or the long battery life that makes the iPhone 12 Pro Max so special? The possibilities are endless. Do you think it’s still a good investment today? In this iPhone 12 Pro Max review, six months after its original release (November 13, 2020), learn what’s great and what’s not about Apple’s top-tier flagship.

Pre-orders for the iPhone 12 Pro Max began on November 6, 2020, and the phone is now available for purchase all around the globe.

The Good Side of iPhone 12 Pro Max

The performance of the iPhone 12 Pro Max hasn’t changed at all since day one. It’s still as quick, fluid, and powerful as it was on launch day, despite numerous software upgrades. When opposed to Snapdragon-equipped rivals, Apple products tend to keep their performance profile for a longer length of time. This means that for years to come, the iPhone 12 Pro Max will continue to wow.

The bigger iPhone 12 Pro’s battery life is outstanding. This phone is truly unkillable. As you would expect, the battery in the iPhone 12 Pro Max is bigger than the one on the regular iPhone 12. We got at least one and a half days of battery life between charges in addition to a full day. Even on days when we used the phone a lot (watching hours of streaming video), it still had 40% battery life remaining by midnight.

When phones reach the six-month mark, some users may notice a little reduction in battery life. This is not the case with the Apple 12 Pro Max. As a result of its longevity, this product continues to wow. Apple is always working to improve the battery life of older phones. We anticipate a long battery life for the iPhone 12 Pro Max.

Apple’s triple camera arrangement results in some of the best pictures you’ll get from a smartphone today. Although Samsung’s Galaxy S21 Ultra is now a serious competitor to Apple’s iPhone, the latter is still very much in the game. The iPhone 12 Pro Max, with its large primary sensor and strong telephoto lens, is still the class leader.

iOS is not for everyone, but considering its widespread use, it’s hard to dismiss it. iOS 14 is one of the most significant updates to the iOS operating system to date, making it behave more closely to Android than at any other time.

App widgets, for example, are supported in iOS 14. Yes, we know, Android has been there from the beginning, but bear with us. Almost all of the widgets that we’ve tested have worked flawlessly and were very easy to use. Unfortunately, widgets aren’t available in every app, whether it is first- or third-party. There should be more app developer widgets, please.

The new version of iOS (finally!) has something like an app drawer. There is a panel on the far right of the home screen called the App Library, and it holds all of the applications that have been downloaded to the phone. Android smartphones have had this capability from the beginning. Apple has arranged them for ease of use by classifying them based on use or kind. Instead of utilizing the home screen icons, We are increasingly turning to the App Library.

In comparison to Google Assistant, Siri’s suggestions have improved with time, and we now find them to be very helpful (will they ever be as excellent as Google Assistant?). When we pull down on the home screen, they often offer an app or a course of action just as we consider them. It’s a little eerie.

Lastly, Apple’s software support for its devices was superior to that of any other device manufacturer. Even a decade-old phone can still run the latest version of iOS. 86 percent of all phones released in the past four years, for example, are running iOS 14, according to statistics from Apple.

iOS 14 is the most user-friendly version of the operating system to date for people switching from Android.

The Not So Good Side of iPhone 12 Pro Max

Despite some good aesthetics, the iPhone 12 Pro Max does not have a pleasant feel about it. Apple’s “ceramic shield” protects the phone against breaking and includes a stainless steel band around the whole outer edge. Even if it’s a conservative style, it’s nonetheless elegant in today’s market. It’s tough enough to withstand minor scrapes and bruises, as well as a quick dip in the pool. That’s all fine.

What exactly is not good? The side rails. The metal and glass on the front and back of the phone meet at perpendicular angles to create the phone’s sharp edges. When you consider the phone’s weight and size, it’s a real hassle to carry about. To reiterate what we said before, I really enjoy how this concept comes together. But from a practical standpoint, no matter how you use the phone, it’s unpleasant. It’s important to feel relaxed and comfortable. Today’s Android flagships run more smoothly and comfortably on a daily basis than previous models.

Although the iPhone’s screen is bright and clear, and can readily handle most material, there are still two significant issues that we can no longer ignore as we approach the third quarter of 2021.

First, let’s talk about the notch. The notch is no longer seen on any other high-end smartphone, not even the mid-range ones. All of the major smartphone manufacturers have switched to punch-hole-style screens, including Samsung. In comparison to the traditional camera mount, the punch-hole design is much more attractive. It’s a lot less apparent when you’re viewing a video, for example. That ugly notch on the iPhone 12 is a real downer. The notch on the new iPhone 12 Pro Max has not just a selfie camera, but also Apple’s high-tech Face ID sensors. According to reports, the iPhone 13 will have a smaller notch, but it will be there nevertheless. But we are crossing our fingers that this shouldn’t be the case.

The second factor is the pace at which the screen operates. The majority of Android flagships in 2021 will have 120Hz screens. The 60Hz refresh rate of the iPhone 12 Pro Max display is a significant negative point. While the iPhone 12’s display is smooth for a 60Hz screen, it falls short of today’s 120Hz displays in terms of visual fidelity. We can only hope that Apple’s new iPhone 13 display runs at 120Hz.

In terms of pricing, Samsung’s Galaxy S21 phones are comparable to the iPhone 12 line which is good news for Apple. OnePlus 9 Pro ($969) is the closest competitor to the 12 Pro Max in terms of price, while Xiaomi Mi 11 Ultra ($1,500) is way more costly. To sum it up, if you want one of the finest smartphones available, you’ll have to spend a hefty amount. If you don’t mind the smaller screen and battery, the regular iPhone 12 Pro is $999.

While the battery life of the iPhone is excellent, it has one of the slowest charging speeds in the premium smartphone market. Up to 20W cable charging is supported, as well as up to 15W wireless charging. This is only true if you purchase Apple’s chargers, which are sold separately. You can only get 7.5W of wireless charging power if you use a third-party Qi charger. You’ll be able to charge your iPhone to half its capacity in 30 minutes if you use the included Apple wall charger.

Should you go for iPhone 12 Pro Max?

For Apple, the iPhone 12 Pro Max is a huge success, and it’s simple to understand why. It boasts some of the greatest performance of any smartphone, has a battery life that rivals most flagships, and takes very excellent photos. It also has high-quality hardware and is robust and well-built. Detractors point out the odd design, sluggish screen, and expensive price tag, although these problems can be found on other phones as well.